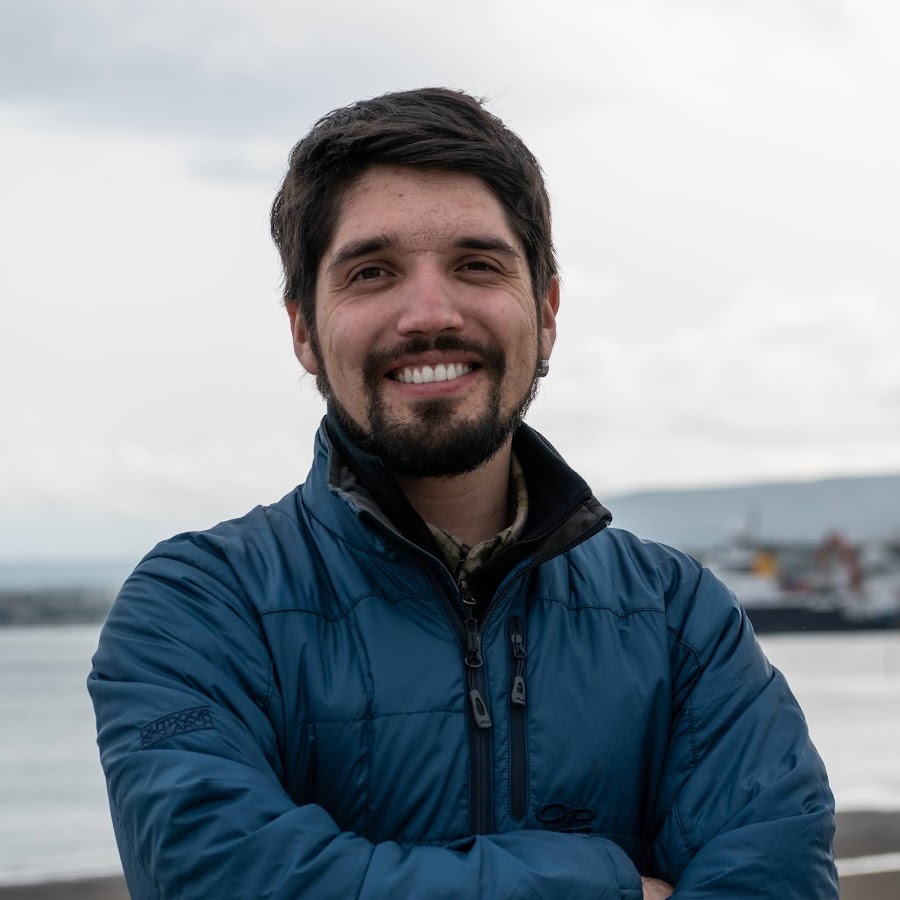 A nerd mathematician who likes the nature and smile.

I’ve been working with Dr. Jorge León since 2019 on projects related to earthquakes, tsunamis and wildfires since a couple of years, motivated by his Architecture and Urbanism background. However, my job has been to implement mathematical and statistical tools for predictions and analysis.

Now, I would like to show you my contribution to a one of these projects, where using tsunami evacuation simulations we implemented a multivariate regression model for prediction the tsunami death ratio analyzing built environment and geographical attributes of coastal locations. After this, we have applied an explaantion model in order to get the feature importance of each metric. These results could lead to spatial planning guidelines for developing new urban areas into expodes territories or retrofitting existing ones, with the final aim of enhancing evacuation and therefore increasing resilience.

Honestly, I don’t want to talk about Exploratory Data Analysis or Data Processing since there are a billion of other blog posts, tutorials and courses talking about it. The raw data for each case study was a raster shapefile representing the evacuation territory, where each entry represent a urban cell (micro-scale analysis) that you could think it as a portion of a street and included urban and geographical data fields, included the tsunami death ratio. These files were readed using geopandas, merged and then I dropped independt variables with a large correlation.

We are going to work with 530,091 urban cells from 7 case of studies (cities), tsunami death ratio as a target variable and other 11 as predictors.

After trying with some linear models we realized this data don’t fit well on it, so we decided to use Random Forest, since it gave us good metrics values and it is a model easy to understand, as a couple of indendent trees predicting the same target.

Let’s split our data in train and test sets.

And now our Random Forest model.

With no much effort we got a really good score.

We have to make sure that our predictor model was out of luck, so we are going to run a Cross Validation analysis to get different metrics (R2 and Negative Root Mean Square Error) and train/test partitions. 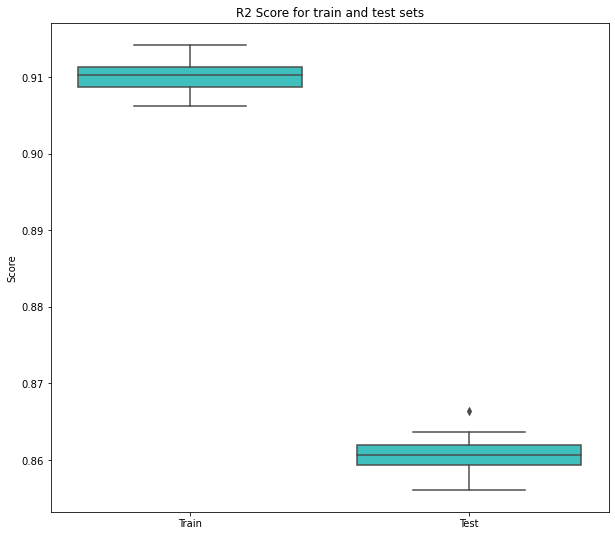 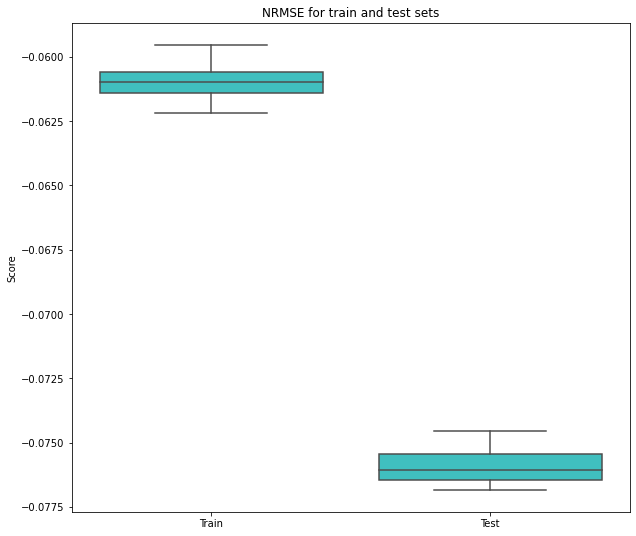 As you can see, it wasn’t lucky, the model learn very well (not perfect) but is enough for our goal: feature importance

This is a unified framework for explaining model predictions. This tool is motivated by the idea that model interpretability is as important as model accuracy, since some modern models act as black boxes due to its complexity.

There are three main points that make everyone loves this approach: 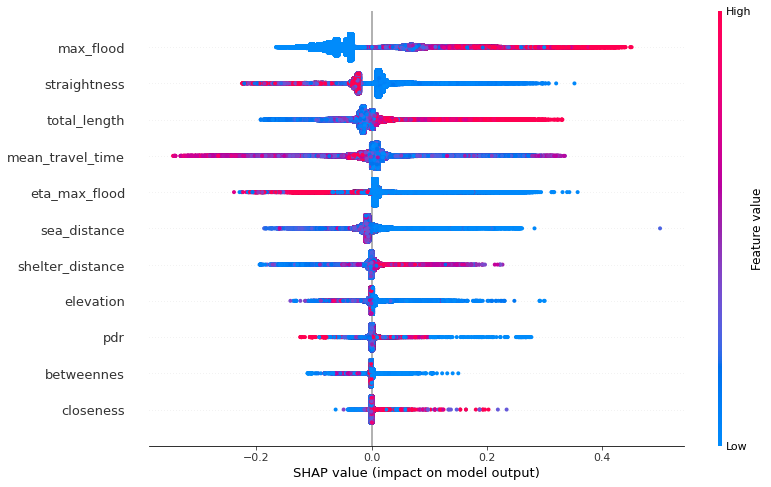 The last visualization gives us a lot of insights related to the model and how each feature contribute to the prediction.

For example, the maximum flood is one of the most important feature of the model, since a lot of the observations have a large absolute SHAP value. In order to interprete this notice the righ side points are mostly red, so that means that cells with a large maximum flood value incresing the death ratio prediction. 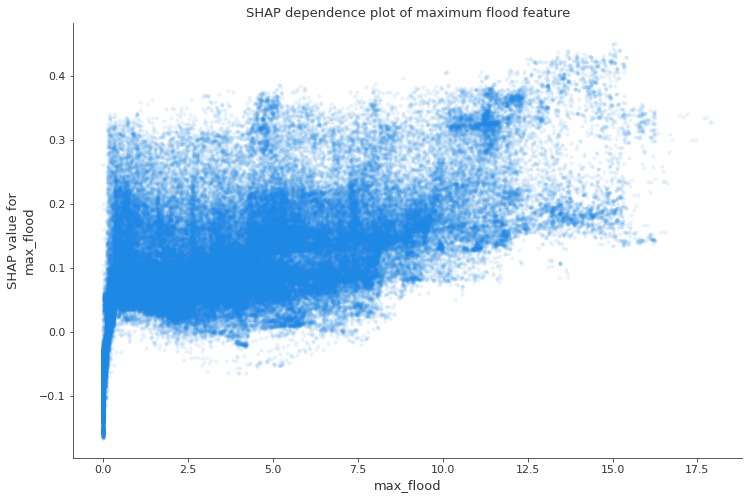 I hope you enjoyed this blog post, I prefered to make the things simple. This is only a little introduction and I wanted to show how is working in a multi-disciplinary team.

See you next time!